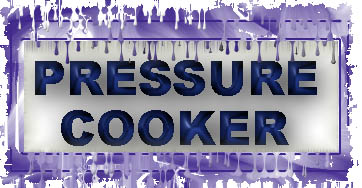 “PRESSURE COOKER”
Recently while having a conversion with several Novice people I became unsettled with how they regarded the concept of putting pressure on a dog. The majority seemed to view pressure with a negative connotation and while I do believe pressure in the wrong spot/time can be detrimental — this is not the true meaning of pressure. So I thought I would write this particular article with the hopes of giving Novices a different perspective of “pressure and corrections”. While listening to the interaction it seemed to me the prevailing perception was “punishment” or the use of force to make a dog obey. I’m from a different “school of thought” and have a totally different point of view on pressure. I consider the purpose of pressure exactly the opposite of discomfort. I think pressure if used properly will relieve the dog’s tension of “the unknown”. It’s not possible to take all of the unknowns out of life but its easier to cope if there are “lines drawn in the sand” that allows you to know that, if and when, you cross those lines there will be consequences. Life is full of decisions and knowing what consequences lay ahead when making these decision helps not hinders.

A dog is no different in that if he knows where you stand you can begin to build a relationship based on understanding and trust. The principal factor in this is YOU have to know where you stand in order to communicate this to your dog. If you are “wishy-washy” one day and then determined on another the only thing your dog will receive from that message is “confusion”.

When Novice people think of pressure only in connection with correction and they are loosing a very valuable tool and need to try and broaden their concepts. Pressure can be as subtle as leaning toward a dog when you are standing at the post in order to communicate to him that the sheep are further out than he thinks. If done correctly a dog will learn you are trying to help him and view this pressure as guidance not punishment.

It is true correction does employ pressure however pressure can be used to keep the dog from getting a correction. Let’s give an example where pressure and correction interplay. Let’s say I have a dog I have been working with for awhile and he knows the basics so he understands what I want when I say down. On this day he is feeling his oats and decides to override my down command. If he’s not normally a hard dog I would remind him with a verbal growl. A gruff voice would convey that I’m not happy with what he’s doing. Now if a dog knows the rules he will feel safe hearing those words because they are there to keep him from getting into more trouble than he can handle. However, this particular dog and I are still working on our relationship and he’s not convinced that I will follow through with my verbal correction so he pushes harder The minute I know he is testing my corrections I go after him with so much pressure that he thinks (notice I said thinks… not does) about quitting. Just when he is more worried about what I’m going to do to him than what the sheep are doing, I release all pressure and encourage him back on to his sheep. Believe me – I’m still in the back of his mind when he does go back to the sheep but he’s in a much better frame of mind to listen to “lesser forms” of pressure. We have achieved a deeper stage in our working relationship. He knows where he stands and how far he can push. Because he knows there will be consequences, the next time the verbal command comes he will think twice before he contemplates ignoring it. This of course depends on the dog … some you spend a life time convincing others it takes only one session to make believers out of them. The point is they KNOW I mean business even if they are the type that tries to push “the envelope” all the time.

Trainers must correct and then let go (i.e. don’t hold a grudge) but this is only part of the picture. I think with most Novice people there is a major gap in understanding and dealing with the entire pressure issue. You must always remember don’t keep it on all the time. The most powerful thing about pressure is it can be use as a reward if used correctly. The reason pressure works is that it tells them “no” this is not what I want and then the release of pressure is “yes” this is what I want. Soon the dog discovers when it listens and obeys the release of pressure will soon come. Thereby learning true pressure is nothing more than a form of communication. However, if you keep pressure on all the time what you will get is a dog “on edge” and tends to “blow up” at any moment.

Lets use an non-dog related example … getting a glass of water. You have a water faucet in the house and you always have water “pressure”. You acknowledge it’s there but until the time it’s needed (you’re thirsty and need a glass of water) you don’t turn it on. If you left it on all the time your house would soon be flooded. You only turn it on, for as long as it takes to fill the glass, and then you turn it off until you need more water. In order to fill the glass you don’t need to turn it on full blast or it would force the water out of the glass but you also don’t want it dripping, it would take forever to fill the glass. I suppose you could get a glass of water if you just left the faucet running all the time but think what would occur when you opened the kitchen door in order to fill your glass. You would get a lot more than you bargained for.

Dogs often respond the same way if kept under constant pressure — that is by exploding. When pressure is kept on continually making the dog never sure where “the beginning or the end” is – they become a time bomb just waiting to explode. So, always remember “pressure on” – “pressure off” … just how much pressure depends on a number of factors, how hard/soft your dog is, what is the dogs attitude, (is he blowing you off or perhaps doesn’t understand what you are trying to communicate to him). Again, using our faucet example … If you try to fill the glass up a drop at a time the water will evaporate before you ever fill the glass (this is called nagging). If you “get on” the dog time after time yet never really ‘getting through’, in time, the dog will be too numb to listen to anything you have to say. You have to give the correct amount of pressure to accomplish your goal of conveying to the dog exactly what you expect. To “little” and the dog will ignore you … to “much” and some dogs will quit and won’t work at all.

I hear people say “oh that dog has had too much pressure put on it. But I don’t believe it’s just a matter of “too much pressure” (as most dogs can take a lot pressure if they know when they perform correctly the pressure will be released) but lack of consistency in using pressure. Consistency allows a dog to know where it stands and what you will allow and what you won’t. In other words it gives the dog boundaries. When a dog doesn’t know what is expected of him he can never be comfortable (with you or with the stock) and the end result is a dog that can “blow up” when you least expecting it.

So, Novices try looking at pressure in a “different light” and use it to your advantage.